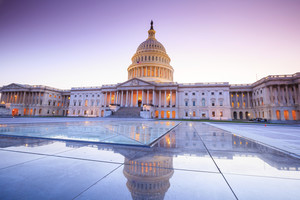 Attention in Congress will soon turn to the annual appropriations process and passage of fiscal year 2021 spending bills.  In addition to funding the entire US government each year, the 12 Appropriations Committee bills in the House and Senate shape federal public policy that touches every person and business in the United States.  The new fiscal year begins on October 1.

In the coming weeks and months, standing committees in the House and Senate will be focused on must-pass legislation including the National Defense Authorization Act, the Water Resources Development Act, a surface transportation bill, and passage of appropriations bills for fiscal year 2021.

New COVID-19 health and safety protocols on Capitol Hill are presenting Congress with a series of unique challenges.  The legislative process is going to look very different as compared to even several months ago.

In the House, full Appropriations Committee markups of Subcommittee bills may not allow for all 53 Committee Members to physically attend concurrently, and the number of committee amendments offered may be limited.  Due to social distancing requirements, it’s possible some Committee Members may monitor proceedings online from their offices and vote on amendments at an allotted time similar to recent roll-call votes on the House floor.  Lastly, Committee markups will be closed to the public for the foreseeable future.

The Committee is expected to begin a month-long legislative sprint in July.  The goal is to mark up in Subcommittee and full Committee, and pass in the full House, all 12 spending bills before the five-week August congressional recess.  A process that normally plays out over several months will be condensed into four weeks of intense legislative activity in July.

Most of the House spending bills are now in the final stages of being drafted.  The anticipated scenario is to advance bills through the subcommittee and full committee process in a series of marathon markup sessions.  The spending bills will then be packaged into so-called appropriations “mini-buses” to expedite final passage in the House during the last two weeks of July.

In the Senate, the Appropriations Committee is now drafting its bills and plans to begin its markup process later this month.  Two of the more challenging Senate spending bills – the Homeland Security funding bill and the Military Construction/Veterans Affairs funding bill – may be slowed, however, by ongoing partisan disputes over funding for the US-Mexico border wall.

The ceiling for annual discretionary funding in fiscal year 2021 is set in statute at $1.375 trillion.  This is a modest $5 billion increase over last year’s spending levels, equally divided between defense and non-defense programs.  However, the House and Senate Appropriations Committees are now moving to exempt some veterans health programs from these spending caps, with roughly $11 billion being designated as emergency spending.  This exercise will free up billions of dollars to be allocated to other non-defense (or domestic) priorities in fiscal year 2021 spending bills.

With a legislative process redefined by COVID-19 and shaped by current domestic events, and with the November elections on the horizon, this year’s federal appropriations process is likely to encounter more delays before final fiscal year 2021 bills are enacted.  A Continuing Resolution (or CR) to ensure continuity of government and to prevent a government shutdown is a virtual guarantee later this year.

Congress has thus far appropriated more than $3 trillion in COVID-19-related funding this year.  The House approved another $3 trillion in the HEROES Act several weeks ago; the Senate and the White House will play a pivotal role in shaping the final outcome regarding this next phase of emergency COVID-19 funding as negotiations commence over the coming weeks.  As the appropriations process continues to unfold, this much is clear:  between COVID-19 emergency funding and this year’s annual spending bills, Congress is on track to approve more federal funding this calendar year than any other single year in history.

As the United States prepares to elect Joe Biden or re-elect Donald Trump in November, how will the presidential campaign impact the appropriations process?  Will House and Senate appropriators be able to overcome their significant funding and policy differences during an election year?  Is it possible for Congress to negotiate fiscal year 2021 spending bills that President Trump will sign this year or will Congress default to a full-year Continuing Resolution in September?  What are the short- and long-term implications to defense and non-defense programs of a Continuing Resolution in fiscal year 2021.  These are among the many questions regarding the US federal appropriations process that will be addressed in the coming months.

Subscribe to this blog to receive more of our analysis on this ongoing process.